A SACRAMENTAL UNDERSTANDING OF LIFE 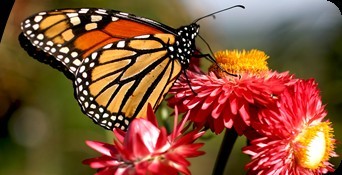 It is seeing with eyes of faith, God’s gift to me, that I begin to see what is beneath the surface of things. A sacramental understanding of life is that beneath the surface of events, encounters, material matter, things, God is present, drawing me deeper into the mystery of his Presence.  God is in all things – the title of a book by Gerard Hughes.

In perceiving with a sacramental eye, Gerard Manly Hopkins could write in his poem God’s Grandeur: the world is charged with the grandeur of God.  To see the world thus, is to see the world as a sacrament, God’s hidden presence being conveyed to me as I undergo what life is.

God reaches us through matter, through materiality. God reaches us through one another and all Creation. Our faith is not just about words and intellectual perception. In the reformed traditions there was a stripping away of symbols and ritual for a more rational kind of religion and a suspicion that ritual was man-made and superstitious. How could material things convey the grace of God? Matter got in the way.  Reason in post-enlightenment society became paramount – and faith, something mysterious and intangible, has suffered from a sort of science-envy.

Along with symbols went feelings and the deeper movements of the heart and a suspicion of emotion.  The Welsh poet, RS Thomas, wrote of the consequences of this rational tradition in memorable words:  “…and Calvin with his iron pen, turns the Word made flesh into a word again”.

But the reformers also had a point: well aware of the human tendency to idolatry, using the gift to one’s own ends, distracted by the gift, ignoring the Giver.  Trains are for transporting us from one place to another; train-spotting is a side occupation.  Augustine, in his Confessions, recognised this tendency to idolatry only too well: ‘…I fell on those lovely things which you have made.  I was kept from you by those things, yet had they not been in you, they would not have been at all.’