IS SUFFERING FROM GOD? 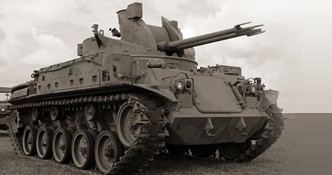 Has Christian theology avoided asking questions about suffering that appears to come from God?

The theodicy question – the question about evil, suffering and guilt in God’s good creation – cannot avoid the question of God itself.

Augustine, however, laid the burdens of the cause of, and responsibility for, the evil and suffering in the world on humanity, rooted in the rejection of God. As a result, God is ruled out of the theodicy question! Even in the face of the history of the world’s suffering, there is no questioning of God.

It is not God, but rather humanity alone, which has become sinful – and which bears the burden of responsibility for a creation torn by suffering. Can, however, human freedom bear this burden of the history of suffering?

One weakness is as follows: Augustine’s premise is that God may not be drawn into the question. However, this thesis contradicts the fundamental doctrine of freedom. Human freedom – even according to Augustine and according to Paul, to whom Augustine continually appeals – is not simply autonomous but theonomous, that is, made possible by God, set up and encompassed by God. Therefore, human freedom cannot be finally responsible for the history of world suffering. The responsibility falls, to some degree, back upon God and God’s predetermining sovereignty.

The consequences of Augustine’s paradigm for theodicy are significant. First, since such theology admits not enquiry of God in view of the history of world-suffering and makes guilt-ridden humans alone responsible for this history of suffering, the theodicy question was able to become the root of modern atheism! Second, the excessive preoccupation with guilt and, to some extent, the overtaxing of humanity with a sense of sin provoked counter-reactions: freedom increasingly evaded the shadow of guilt; the new (postmodern) love of myth is booming even in Christianity; contemporary remythologising of the good news involves assumptions of the innocence of humanity.

In the final analysis, an Israelite-biblical paradigm may offer some insight into the question of theodicy. Israel’s faithfulness to God expressed itself in a “poverty of spirit”. Its faith did not so much achieve an answer to the suffering it experienced, but it expressed itself above all as a questioning from out of suffering – as an unremitting enquiry of God. This poverty in spirit can be characterized as a mysticism of suffering from God. It is encountered in the prayer traditions of Israel – in the Psalms, in Job, in the Lamentations, and in passages of the books of the prophets.

Christian mysticism, then, needs to be understood as a mysticism of suffering that comes from God. Finally, in one sense, theology is, and remains, theodicy.