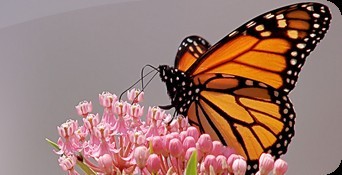 Denis Edwards, a theologian with an interest in evolutionary theory, compares the biblical, and evolutionary accounts of the origin of life. The theological task of exploring the implications of the evolution of the universe in the light of the biblical account is addressed. The following notes are excerpted and adapted from Edward’s article.

Edwards shows there is every reason for a Christian of today to embrace both the theological teachings of Genesis and the theory of evolution. However, holding together the Christian view of God and the insights of evolutionary science does demand a rethinking of our theology of the trinitarian God at work in creation.

The point of the biblical accounts is not the order of events or the time frame. In these primeval narratives, religious meaning is not attached to the historical order in which things occur, but to the theological insights that the narratives encapsulate. It is these theological insights that have significance for a Christian theology of creation.

The theological insights communicated in the creation narratives include the following:

·   The pre-existence and transcendence of God over all creatures.

·   The on-going relationship of all things to God as creatures to their Creator.

·   The divine proclamation of the goodness of creation.

·   The blessing that makes the creation fecund.

·   The creation of human beings in the image of God.

·   The call of the human being to work with creation but also to take care of it as God cares for it.

·   The social nature of the human person.

·   The insight that male and female represent the divine image.

·   The goodness of human sexuality and marriage.

·   The reality of human sinful rebellion against God, bringing alienation from God, from other human beings, and from creation itself.

·   The enduring divine promise of salvation.

One ought not look to Genesis for scientific teaching about the history of the early universe or the emergence of life. However, one should take the religious insight and revelatory truth of the narratives with absolute seriousness.