A Meditation on Death 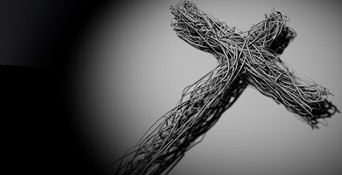 The following article can be used as the basis for a meditation on death:

On Tuesday, Daniel celebrated his 35th birthday. A gifted and intelligent young man, he had a doctorate in Physics and was pursuing his second in Christian education. In addition, he pastored a church, served as a chairman of a Christian society, and was engaged to be married in two months. His friends and acquaintances knew him as a helper, a spiritual mentor, and an inspiration. On Friday afternoon he went for his usual run. He never returned. During his exercise he collapsed and died. In one moment, all his plans and aspirations ended.

Shocked and devastated family and friends are trying to come to grips with the tragedy. It seems so unreal and unbelievable – like lightning from a clear blue sky. Why did God allow this to happen? Death is always an enemy, but why a young man, in the prime of his life? And one who had been a dedicated pastor and served others?

These difficult questions highlight something most struggle with – the notion of death. We know it will come to each of us and to all our loved ones sooner or later. Yet, we prefer not to think about it, to live in denial – and almost pretend it doesn’t exist.

The Scriptures speak of another young man in his thirties. He, too, was specially gifted by God, a Christian educator teaching God’s way to multitudes, and engaged to be married (figuratively speaking). He was likewise a servant of God, dedicated to unconditionally doing God’s will. (See Matthew 5:1-7:28; Ephesians 5:25-32; Revelation 19:6-9; John 6:38; Matthew 26:39-42).

He led and mentored a group of young men whom he envisioned would, in turn together with their disciples, one day ultimately influence the whole world through their sharing the knowledge of God’s Kingdom. He taught, healed, and helped to meet people’s physical and spiritual needs. He even brought three people back to life. (See Matthew 24:14; 28:18; Luke 7:11-16; 8:40-56; John 11:1-44.)

People had great hope in him – they expected him to proclaim himself as the king of an earthly kingdom and to deliver them from Roman oppression. One Sunday, he triumphantly entered Jerusalem and accepted the people’s praise and adoration. The following Friday he was dead. Those who had admired and lauded him a few days earlier had him crucified. Above his head was placed a sign reading “Jesus, the King of the Jews.” (See Matthew 21-27).

His friends and followers were confounded and overwhelmed. Their hopes crushed. His disciples seemingly began to forget all that they had experienced in their three and a half years with him because they were planning to return to their former occupations. (See Luke 24:13-35.)

Then, another shock. The tomb where he had been laid was empty – the corpse had disappeared! Then, an even more inconceivable and stunning occurrence – Jesus appeared to them alive! None of them could doubt it! It was him, alive, now risen from the dead! He had tried to tell them that it would happen this way, but they simply couldn’t grasp it. (See Mark 8:31-33; Luke 24:36-45.)

Death remains a formidable and real enemy. All of us have directly, through loved ones, or indirectly encountered it. We are told, however, that Jesus Christ has now conquered it and brought us news of life and immortality. A day will come when there is no more death, sorrow, and mourning. (See 2 Timothy 1:10; Hebrews 2:14-15; Revelation 21:4.)

Those who have died with the Spirit of Christ will be resurrected – as will also those who have died without knowing God. Just like Jesus called Lazarus, the Nain widow’s son, and Jairus’ little daughter back to life while on earth, he will return from heaven and call all his deceased followers – and eventually all others – out of their graves. (See Daniel 12:1-2; 1 Corinthians 15:12-26; Ezekiel 37:1-14.) Daniel, the Christian worker, will be among them. He will be reunited with those who loved him. In the meantime, he has left a legacy that inspires others to follow in his footsteps till the glorious time of the resurrection.

Jesus died for the cause of a great good for many. Through him, all may potentially receive, through forgiveness and justification, salvation and eternal life. While the reasons for the untimely death of a loved one remain a mystery, God promises that all things work together for good for those who seek and love him. (See Hebrews 2:8-11; Romans 3:21-26; 8:28.)

We, too, are given an awe-inspiring hope that death is not the end. Just as Jesus rose from the dead to a new life of glory, humans are likewise destined to be raised from their graves to perfect, eternal existence in unspeakable joy. May our present sorrows be tempered by the hope of that superb and magnificent hope! (See 1 Corinthians 15:44-58; 1 Thess 4:13-18.)