The Inclusiveness of 7TH century Islam 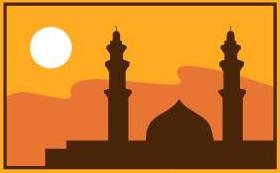 Respected writer of Islamic history, Karen Armstrong, reveals a faith perspective of Islam – in the 7th century – that is not always understood:

[T]he Qur’an insisted that its message was simply a ‘reminder’ of truths that everybody knew. This was the primordial faith that had been preached to the whole of humanity by the prophets of the past. God had not left human beings in ignorance about the way they should live: he had sent messengers to every people on the face of the earth . . . All had brought their people a divinely inspired scripture; they might express the truths of God’s religion differently, but essentially the message was always the same. Now at last God had sent the Quraysh a prophet and a scripture. Constantly the Qur’an points out that Muhammad had not come to cancel the older religions, to contradict their prophets or to start a new faith. His message is the same as that of Abraham, Moses, David, Solomon, or Jesus. . . . [A]ll rightly guided religion that submitted wholly to God, refused to worship man-made deities, and preached justice and equality came from the same divine source. Hence Muhammad never asked Jews or Christians to accept Islam, unless they particularly wished to do so, because they had received perfectly valid revelations of their own. The Qur’an insists strongly that ‘there shall be no coercion in matters of faith’, and commands Muslims to respect the beliefs of Jews and Christians, whom the Qur’an calls ahl al-kitab, a phrase usually translated ‘People of the Book’ but which is more accurately rendered: ‘people of an earlier revelation’. [1]

Muhammad had not envisaged a violent break either with the past or with other faith communities. [2] Radical as the following statement may appear, the Qur’an insists:

Do not argue with the followers of earlier revelation otherwise than in a most kindly manner – unless it be such of them as are bent on evil-doing – and say: ‘We believe in that which has been bestowed from on high upon us, as well as that which has been bestowed upon you; for our God and your God is one and the same, and it is unto Him that we [all] surrender ourselves.’ [3]

As Islam spread beyond the Arabian peninsula, it found that nearly everybody belonged to the ahl al-kitab, the People of the Book – people who had received authentic scriptures from God. [4] Consequently, they were not forced to convert to Islam. [5] Rather, the Muslims assumed that Islam was a religion for the descendants of Ishmael, while Judaism was the religion for the lineage of Isaac. [6] Once Christians became protected subjects (dhimmis) under Muslim rule, they were allowed to practise their own faith, as the Qur’an enjoined. [7] Furthermore, some Christians, who had been persecuted by the Eastern Church (Greek Orthodox) for their heretical beliefs, preferred Muslim to Byzantine rule. [8]

[2] Ibid., 9. Armstrong elaborates further: “Hence Muslims continued to perform the customary rituals at the Kabah, the cube-shaped shrine in the heart of Mecca, the most important centre of worship in Arabia. It was extremely ancient even in Muhammad’s time, and the original meaning of the cult associated with it had been forgotten, but it was still loved by the Arabs, who assembled each year for the hajj pilgrimage from all over the peninsula.”

[5] Ibid. Armstrong adds that “indeed, until the middle of the eighth century, conversion was not encouraged.”

[6] Ibid. Armstrong comments that “Arab tribesmen had always extended protection to weaker clients (mawali). Once the Jews, Christians and Zoroastrians in their new empire had become dhimmis (protected subjects), they could not be raided or attacked in any way. It had always been a point of honour among Arabs to treat their clients well, to come to their aid, or to avenge an injury done to them.”