The Contemporary Economic Model and Worldview 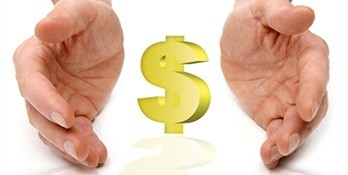 McFague, a theologian, is concerned with the links between religion, science, and ecology. She discusses the rise and impact of market economies, the rise of individualism and the consumer, and the challenge of global justice. (Excerpts have been taken from McFague’s material and sometimes adapted in these notes.)

At its base, economics is simple: it is about dividing up whatever is scarce among competing uses and users. Economics is not just about money – it is present wherever and whenever scarcity exists. More fundamentally, economics is about decisions concerning scarcity from the perspective of a number of values, one of which is money.

Neo-classical economics is the market capitalism as conceived by Adam Smith in the eighteenth century and, more particularly, the version of it practiced by the major economies of our time. The key feature of market capitalism is the allocation of scarce resources by means of decentralized markets.

At the base of neo-classical economics is an anthropology: human beings are individuals motivated by self-interest. The value by which scarce resources are allocated, then, is he fulfilment of the self-interest of human beings. The argument is that freely acting, acquisitive individuals will eventually, though not intentionally, work out the best solution for production and consumption in a society.

Neo-classical economics has one value: the monetary fulfilment of individuals provided they compete successfully for the resources. As long as the economy grows, all individuals in a society will sooner or later participate in prosperity. The view of human nature is individualism and our goal is growth.

The anthropology, mentioned above, rests on the Enlightenment’s central insight: the importance of the individual. Behind this anthropology lies an accompanying view of the world as a machine with many parts. The scientific revolution of the 17th century had overthrown the medieval view of the world as an organism with interrelated members. The world, then, like a machine, was an object (not a subject), dead (not alive), with all its parts connected only in external ways (as are the separate parts of a watch).

Two other key values are not part of neo-classical economics: (1) the just distribution of profits from the earth’s resources, and (2) the ability of the planet to sustain our use of its resources.

In sum, then, in the neo-classical economic worldview, two values predominate – the individual and growth, or perhaps it is more accurate to see just one value: the satisfaction of the desires of individuals through the means of constant growth. This worldview recognizes no limits, neither for individuals nor the planet’s resources.

Interestingly, religion, political science, and economics all come together to create an image of human life, and our place in the world, as focused on personal acquisition. Religion contributed the notion of the sacredness of the individual; political science contributed “the rights of man”, summarized in the motto “life, liberty, and the pursuit of happiness”.

The supremacy of the neo-classical economic worldview has led some to describe it as a religion – “consumerism” – the civic religion that we all share, regardless of other faith commitments we might have.

Consumerism is a systemic phenomenon, deeply embedded in every political and economic structure in the world. In present-day culture, the world is defined largely as a “trade market” – this is the most common metaphor for it. This trade market has five major players: (1) production, (2) advertisers, (3) the media, (4) national governments, and (5) trans-national corporations. The complexity, breadth and depth, power and influence, of this worldwide phenomenon is breathtaking and beyond imagination; its goal, however, is simple: to create customers for products.

Some questions, however, arise:

1.  Is the consumer life the "good life"? Does the buying and owning of many possessions bring happiness, and is happiness the proper goal of life?

2.  Can the “good life” be had by all? We cannot all consume more; the planet cannot support six billion (or more) people living a Western lifestyle. Issues of justice, fairness, and obligation, however, hover beneath the surface.

3.  Is the “good life” good for planet Earth? The state of the planet at the beginning of the new millennium, is far different than simply the loss of non-renewable resources. In fact, that problem is of less importance than two other related ones: the rate of loss and decay of renewable resources and the manner in which these losses overlap and support further deterioration.

Unfortunately, we enjoy the consumer lifestyle; in fact, most of us are addicted to it, and, like addicts, we cheerfully stay in denial if possible. But, we need to overcome this denial.

Source: Sallie McFague, “The Contemporary Economic Model and Worldview”, in Life Abundant: Rethinking Theology and Economy for a Planet in Peril (Minneapolis: Fortress, 2000), 75-93.